The rand vs dollar ups and downs continued on Friday, with the South African currency strengthening and then bottoming out on Saturday.

However, the currency remained on track for its worst weekly performance since early October, after official data showed the current account deficit widened in the third quarter.

Stocks sold off around the world on Thursday after he arrest of Meng Wanzhou, the CFO of Huawei, which threatened to re-ignite the trade war between the United States and China just after they agreed on a 90-day truce.

“What’s happening offshore, such as the arrest of the Huawei CFO, reminds us that the trade war situation is far from over and markets remain cautious,” ETM’s Halen Bothma said.

Banks were modestly higher at 0.16 percent. Absa Group closed 0.51 percent higher at 154.83 rand after it set out new targets to raise its return on equity by around 4 percent by 2021. 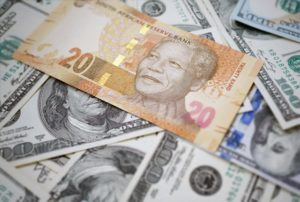 How the Rand Performed Against the Dollar Over the years